For Adult Volunteers and Student Leaders 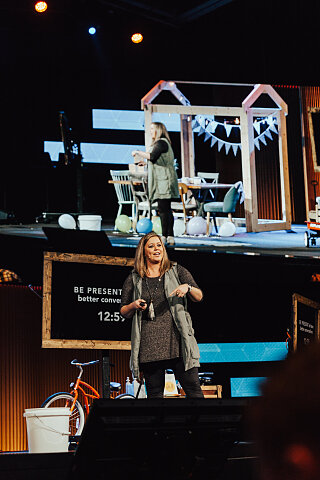 Ashley is the Director of Middle School Strategy at Orange. She is passionate about serving and mentoring students and empowering leaders around the world to do the same. Known for her energy, passion, and authenticity, Ashley is a motivator, teacher, strategist, leader, learner, writer, advocate, and adventurer.

With a heart for students, Ashley earned her B.A. in Education from Kent State University in 2006 before going on to receive her M.Ed. in Education from McDaniel College in 2009. She began her career in the public school system, working as a middle school health teacher and high school soccer coach. In her six years working in the public school system, Ashley had thousands of conversations with teenagers, opening her eyes to their desperate need for a mentor to guide them as they navigate who they are and who they want to be.

In response to that need, Ashley transitioned into full-time work in middle school ministry at her local church, working specifically to lead students through the rough waters of middle school by pointing them toward the truth of who they are in Christ. Four years later, she moved to the Atlanta area where she began work for North Point Ministries Multi-Campus Middle School Team before accepting her position to lead the Middle School Curriculum Team at Orange. Since then, Ashley has co-authored The Art of Group Talk, co-hosted the The Think Orange Podcast , and served as a regular panelist on the Rethinking Youth Ministry Podcast.

When she’s not trying to change lives or change the world, you’ll find Ashley watching Friends, cheering on the Cleveland Cavaliers, singing Taylor Swift at the top of her lungs, traveling, or sorting through her massive collection of army green vests and jackets.